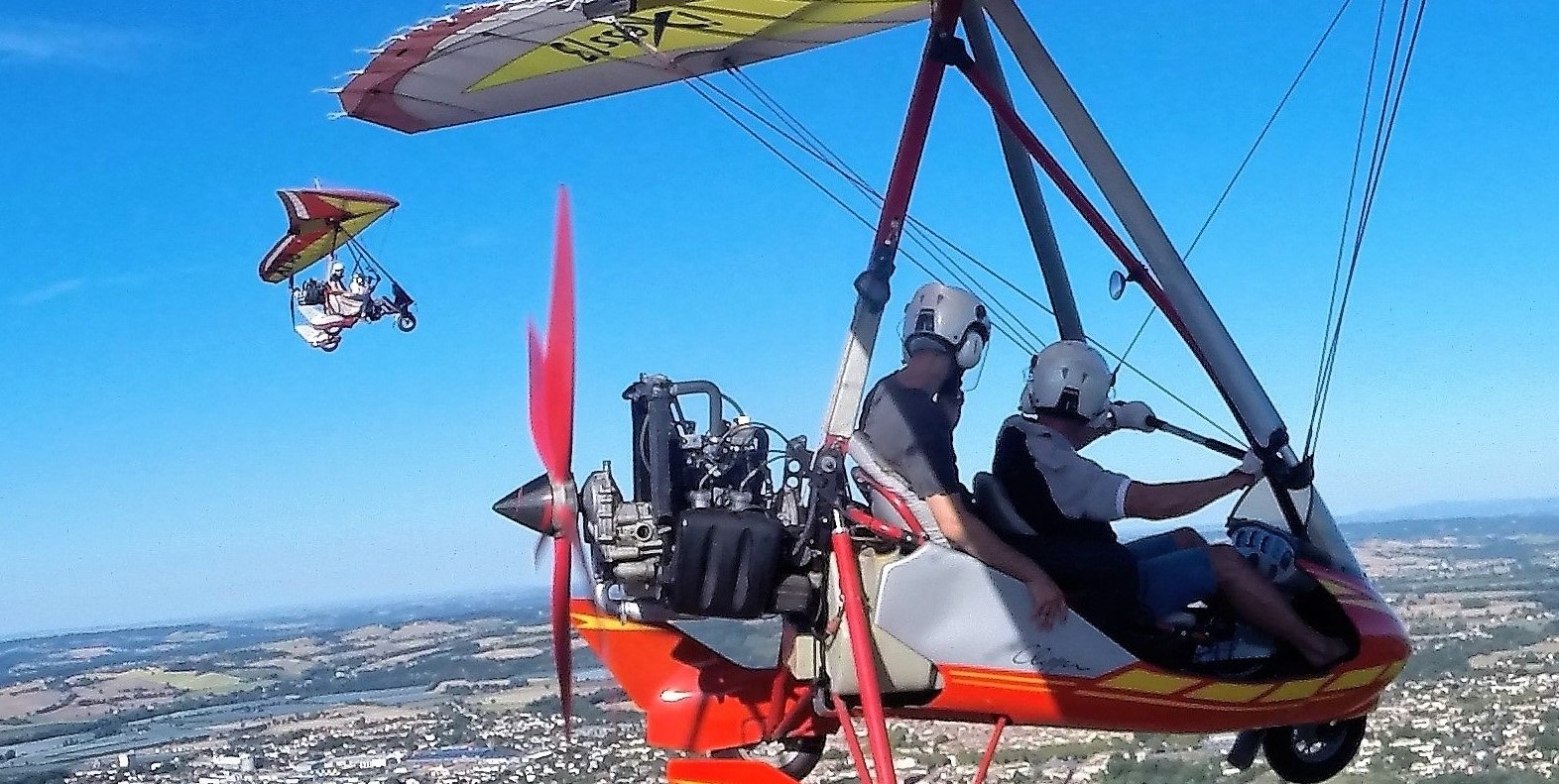 The true story of the ULM Club La Ramière

This is the true story of La Ramière

Paradoxically the club La Ramière sprouted in my head, the day of the inauguration of the club of Saint Places in 1987.

Photo of the members present today: 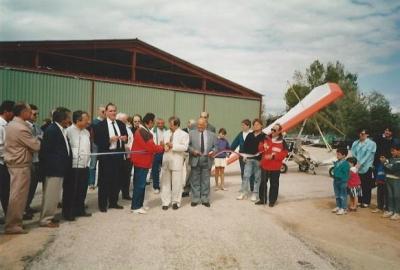 Indeed the demand at that time was strong, very strong. Expand with a new building, focus on a single platform with the nuisance it would cause, manage a multinational, or create other lands?

The idea of having several courses delighted me, especially since it became possible to "travel" from base to base and to have a goal of flight (which was then only to have the in the air, with the risk of monotony and demotivation that could result).

In 1989 the ground of La Ramière as ULM base was born.

A "bubble" as a hangar (photos) and the field in the middle of the current field served as a haunt for the "eagles" of the heroic era, namely :

- Axisa Marc - instructor pilot (creator of the base)

Well located, at the crossroads of highways, these were the criteria to succeed in forming a club or at least drivers.

Towards 1993 the "bubble" was too small, and the first shed emerges from the ground by the will of Mr. RAYNAUD (owner, I remind him for those who do not follow).

A magnificent club house followed to strengthen the "heart" of the system.  Good idea, because it is at the bar of the flying club that the biggest flights have been made (A collection of photos and comments are visible in the archives of the club).

It was the "time of the cherries" the time when the pilots had the voice and the c ..., the time of the "pendulous", the "trapezeux" of the "rotaxeux" of the "aircréationnistes" of "puchpineux", the floating trays (fixed at the beginning) of floatings, return strings, heart lugs, induced rolls, tumblings, PTS, UTPs, drum brakes, tie-rods, slats of intrados, d extrados, ski boots, gloves too big, long underpants, cat-hair socks, silk hoods (Those who do not understand anything have to ask those who know!).

And then a day or maybe a night (for the little story, the first 3 axes to enter the shed, landed around 22 hours on a summer day, almost night, broken down and a little lost, we kept it 1 week) arrived the 3 axes (2002 with the euro I think?). You know this thing that looks like an airplane, but that is not really one, that allows you to do more, l: l, faster, longer, longer, more ..

It's the beginning of another era, from Cro-Magnon to big stump, well that's all I found to turn the page.

Mr. RANAUD Christian (the owner, ok you follow ?!) in his generosity that characterized him decided to enlarge us and make us a new shed, bigger, longer, wider and especially further (hardly more expensive).

Without waiting for our probation, which I must say was not spontaneous, the hangar as we know it now is out of the boxes, facing the sun it must still say. The 3 axes are the majority, it is so in almost all the clubs, it must be said too ... say that it's a pity, would be to live in the past, and there, it should not be said.

In conclusion, if there is one, since the future will teach us, the great club of La Ramière is still a beautiful vessel (which is paradoxical when we speak of aviation) and which remains to him still many stories to invent.

In conclusion of the conclusion, I would like to quote without quoting it, a sentence of a philosopher of my friends, whose finesse is inversely proportional to the character: "when we hear what we hear, when we see what the we see, we can not help but think what we think! "(MA).

All this history is only history, any resemblance to events or people, is not a coincidence, which does not prevent it from being well of my imagination (or at least of what there is some left).

This is the real story of the club LA RAMIERE.