The history of the ULM

The beginnings of Ultra Light Motorized go back to about thirty years. His story is relatively recent. The ULM movement came from the free flight whose hang glider was the first representative. The delta wing was invented by the American Francis Rogallo in 1936, but it was not until 1972 that the first hang-glider was built in its current form.

A handful of pioneers are not satisfied with being forced off the side of a mountain or other terrain.

This prompted a handful of free flying pilots to attach a chainsaw engine to single delta wings.

The first ULM flight that took place in 1974 at the Paris Air Show in 1975 paved the way for other machines built on the same principle. The first microlights were commuters. This activity developed during the 1980s, creating over the years 6 ULM classes that you will find in the chapters of the menu on the right.

Our federation, French Federation of Lightweight Motorized Glider (FFPLUM) was created in 1989. 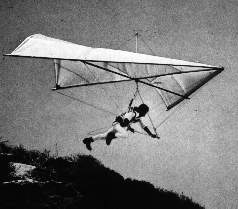 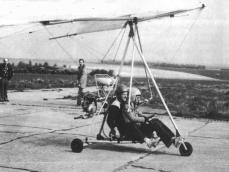