A gyrocopter is an aircraft that looks like a helicopter but unlike a gyrocopter, the rotor of a gyrocopter is not powered by a motor, but is driven by the relative wind. The unit is propelled by a propeller driven by a motor placed at the rear. It is therefore supported by the rotation of the main rotor in the horizontal plane and propelled by the propeller. The steering is provided by a rudder and the inclination of the plane of lift of the rotor in the horizontal plane.

It is unable to hover because it must always be in motion, except in wind conditions of more than 50/60 km / h where it is possible, facing the wind, to perform a hover. Gyrocopters are considered very stable provided that their operation remains within a certain safety range.

· The maximum continuous power is less than or equal to 60 kW for single-seaters and 80 kW for two-seater.

· The maximum mass is less than or equal to 300 kg for single-seaters and 450 kg for two-seaters. 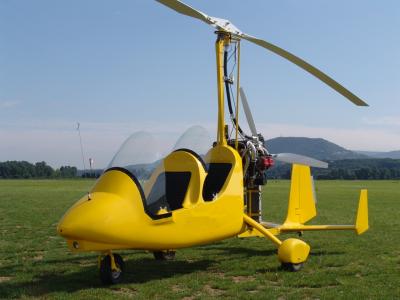 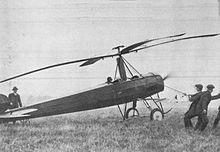 The ancestor of the autogiro of Juan de la Cerva (1923)